Does God Have a Right to Punish Me?

We all make mistakes in our life and being human empowered with the most superior brain on this earth we like to keep making those mistakes again and again. It’s our thing, to make mistakes and in God’s terminology, to commit Sins. 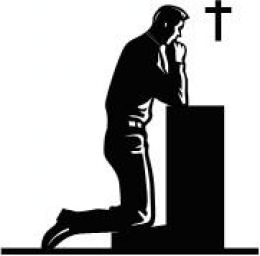 We have been taught since childhood that we should always do the right thing, things that have been written in Bible, Quran or Geeta, depending on the religion you follow. Personally for me, I consider the morally right thing to do is to help people in any way and morally wrong is to hurt people intentionally. But when you do something, who decides whether it is right or wrong?

Pick up any religious book and you will find accounts of God punishing, hurting and judging people. Is it fair? Clearly if we are making sins, then God must have made us imperfect or else we would not make mistakes in the first place. So, if he himself made us imperfect then how can he punish us or blame us or judge us for our wrongs? My question is, does God really have a right to punish us? I mean, if I hurt someone, that someone has a right to hurt me back, but why God?

This got me wondering on another thought. If there is really God and there is religion, so whose God we should believe and who’s God has the most supreme authority for punishing us. For e.g. things that are forbidden in Islam are not forbidden in Christianity, does that mean that Christians can do those things and go without punishment? Are there some invisible men up in the clouds who keep a database of who follows what religion and each of them then decides punishment according to the respective rule book? Then what about people who do not follow any religion, who punishes them or they are like the President of Earth who can never be found guilty enough for punishment coz there is no rule book for them?

Did God really create us?

I do not agree that we were created supernaturally. I strongly believe we are product of some kind of evolutionary process, but that’s not the point here. My confusion is how did God set the rules? In some era, in some part of the world, God spoke to certain type of people. So, how can we be sure that those rules were interpreted correctly by the messenger and his disciples? Everyone interprets differently, so how can we be sure that what God said to those few people has been interpreted the way he intended and has not changed? The times have changed and so has the thinking of people. It’s only fair to think that the rules set by God centuries ago are no longer valid and need to be revised.

Eventually everything boils down to morality. Many people do things that we consider are terrible because for them those things are morally correct. Morals are different among cultures, religions, and human beings and I don’t think that this is a constant that God has placed in all of us. If so, then so many crimes wouldn’t be happening. If God is the one guiding our morals, then why did he create immoral people like sociopaths and psychopaths who have no mercy on people whom they kill or torture?

I fail to believe that if God created us, then he created some people as good and some people as bad and made sure that good people became a victim of bad people just to prove a point. Every man for himself and punishment or not, depends on his or her morals and should not be decided by God.