The Confessions of a Guilty Soul 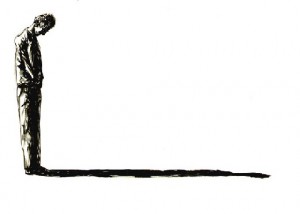 What is one of the worst experiences known to us? For me personally, it would be living with the “GUILT”. The feeling of guilt ties me up in knots and makes me feel unworthy and miserable. I know that it is not a real feeling, it is just a state of mind telling me that I have sinned and somewhere not gone by the books of moral law.

The thought that we have done something wrong is what causes us the guilt. But why do we think we have done something wrong? In the books of moral values everything is not black and white, many things are written as per the situation. For e.g. people say you should not lie, but then they say again that if you lie to protect someone it is not called as a lie. Now, I personally feel this is double standards. Saying or not saying the lie is a matter of one’s own perception. You can say a lie easily and still not feel guilty and there can be someone who would even say the tiniest of the lies and still be down with heart wrenching guilt.

Coming back to the question, how can we know whether we have done something wrong or not? The truth is that we judge ourselves or there are others who judge us and tell us that we have done wrong things. Consider a child, he says something rude to someone and still not feel guilty, unless we tell him/her that what he said was wrong and that he probably has hurt someone’s feelings.

Being guilty is a consequential feeling. In other words, you are taught to feel guilty when someone judges you. You go for a dinner party and people comment on your dress and you start feeling guilty for wearing something bad. In reality there is nothing like a good or a bad dress. If we were to think that, then Lady Gaga would be among the first person to be burdened under guilt for wearing the most horrendous clothes (no offense).

When you “feel guilty,” you think that you have done something wrong and you start judging yourself. This is a mental block, not emotional. The result is your energy becomes totally tied up in knots and pulls you in different directions at the same time, with no resolution possible. You are surrounded by negative energy all over you. You feel that you have committed a “sin” and you need to be punished.

The feeling is pretty awful. But you are a “good person”, so you punish yourself for being so bad by making yourself miserable. You are stuck; no matter what you do, you feel bad. It is a losing battle, an inner conflict where you lose no matter what you do! This creates a terrible mess in your body, psyche and energy field.

Yes guilt is an indication that you did something which you probably shouldn’t have done. It will help you not to repeat the same thing again, but don’t ever let guilt guide your decision making. If you have done something you really regret, apologize and stop doing it, otherwise dispense with guilt. Do not let guilt ruin your life.

Whenever I hurt someone’s feelings, I sense it and usually feel bad. Many times I also end up in the guilt trap but I pause for a moment, take a deep breath, go to the person and apologize. I once hurt a friend by being ignorant to him. My behavior and way of talking had become rude and insensitive and I ended up hurting my friend. When I realized what I was doing, I eventually went to him and apologized, explaining why I behaved this way. I ended up saying sorry multiple times until he actually forgave me. His forgiveness was the end to my guilt. The key is to own up to things you did wrong.  Take responsibility of your actions and apologize. Such a small thing and yet we end up forgetting it.

So, how do we actually get over the guilt?

Stop judging! There is no other solution than to stop judging our own self and to stop accepting judgment from other people as well. Feel your real feelings and not the ones that have been bombarded upon you by the judgment of other people. Nothing is good or bad or right or wrong. Stop thinking that anyone is wrong and you will be able to relax and come out of guilt. Always remember, forgiveness is simply giving up your own judgment about something. So start forgiving, stop judging and live happily.