Whose Child Is It, Anyways? 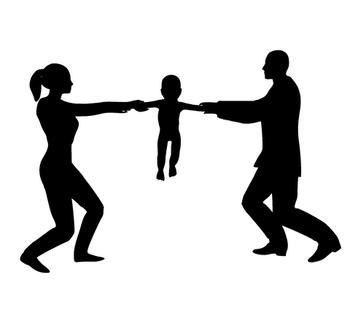 A child – One of the most precious gifts of God. From the moment he is born, he fills our hearts with happiness and joy.

But whose child is it anyways?

God Says – It is mine coz I have sent him from heaven directly in to the mother’s womb. At least that’s what happened to Mother Mary.

Mother Says – It is mine coz I carried him for nine months, feed him my milk and stay awake whole night so that he can sleep well.

Father Says – It is mine coz scientifically it wouldn’t be born without my sperm and I’m paying for his upbringing.

Grandmothers (both maternal and paternal) Says – It is mine coz I have given birth to the father / mother of the child and they wouldn’t have come without me, so eventually I’m the foundation.

Grandfathers (both maternal and paternal) Says – It is mine coz like the grandmother, I’m the fore bringer of the mother and father of the child.

Birth of a child is a transition phase for everyone, a wife becomes a mother, a mother becomes a grandmother and a son becomes a father.

Ownership is a very broad term, from child’s clothes to his schooling, there are so many decisions to be made and everyone feels responsible towards it in some way or the other. Conflicts arises, debates happen and differences are created when opinions are different. Parenthood is being questioned by elders who have already being in that place before, they vouch by their experience even though they were lousy when they were parents themselves.

The poor little child who cannot speak or walk yet, keeps looking at the circus around him and wonders how foolish everyone is for taking ownership. He is no one’s child coz he is an independent human and everyone else is just a prop to help him grow. It’s just a matter of few years when he will be mature enough to select his own clothes, pick his own college and nurture his own career without anyone else meddling into his life.

A child is no one’s, no matter what age, he will always be the master of his own will.