Does He Truly Miss You?

Last week I met a long lost friend and was surprised that she was going back and forth for almost 1 year now after her relationship ended with her boyfriend. Since they broke up, surprisingly he has been saying “I’m missing you a lot”, “I can’t forget the times we have spent together”, “I can’t believe we are not together anymore”, “I MISS YOU!”. When she told me that he has been saying such things, I was confused, if he is missing her so much, what is preventing them from being together, especially when he was the one who broke up. It’s not that they didn’t try getting back together, every time he made a claim that “he can’t live without her”, she melted and went back to him. But it lasted for few weeks till he started making commitments which he couldn’t fulfill including marriage, kids, etc.

This entire story made me really confused and I started thinking, “how much can someone truly miss you or want you back?” 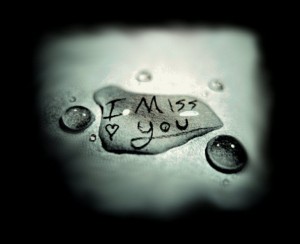 What exactly does missing someone mean and why is it that people are unable to bridge the gap between missing and getting back together? It is easy to say “I love you” and “I miss you”, but what is it that prevents us from taking a step closer and start the relationship again.

According to me, missing someone actually is recognition of the fact that someone is absent from your life, be it temporarily such as going away on a trip or the loss of someone after a breakup.

When someone is missing you, it can also be an expression of sadness or regret because they no longer get to enjoy you in their lives, whether it is by their choice or yours. They may think fondly of you and wish that they had another chance, but let’s be real, it will not be about getting back together mutually, and it will be more about missing the things that helped them enjoy you on their terms.

Now it is understandable when you are miles apart due to work or family and you say you miss each other but also respecting the fact that why you are apart. But it is simply beyond my comprehension that how much two people can miss each other, when they are in same town, maybe even working together and there is no real obstacle keeping them apart, other than themselves?

It is beyond my imagination that why people keep saying I miss you even though they know that being apart is the right thing to do. Saying I miss you to someone with whom you really do not want to be together even prevents you from honoring your emotional commitment somewhere else. Or maybe people are too mean and they want to keep their Ex as backup in case their current relation doesn’t work out. Keep saying “I miss you”, so that the other person has a lamp of hope always lighting and some feelings for you so that when you have really messed up with everyone else, you can go back to your ex knowing that he/she will be there waiting for you.

Saying “I Miss You” in my opinion is a vague expression of sadness and regret, but it’s not really saying anything concrete and it is not any commitment. Seriously I personally fail to understand what goes on in minds of people who have moved on or broken up themselves, even started dating someone else and still have the audacity to go and say to your ex – “I Miss You”, you are not committing yourself but yet want to keep a foothold in their life.

The worst part is when you are again dumped coz you were too weak and you melted with the “I Miss You”. You shout and say, “But you said you missed me! How could you do this”, after building your hopes up and possibly even dropping your underwear.

And very conveniently they will say, “yes I said I miss you, but I miss being with you, but nothing has changed……….”. After a pause they will say, “I never said we were getting back together”…..and bang, like a big blow on your head, everything seems bleak and you are ashamed of yourself of being fooled once again.

Brings me back to the earlier point, missing someone does not mean they want you back. If they truly wanted you back, you would have felt it on your own. The sincerity in someone’s eyes can speak a lot more than the cute words said to blindfold you.

Maybe they are too convenient with your presence in their lives and don’t want their lives to change and that is why they miss you. Sometimes they even say this out of guilt to pacify you and console you for breaking up.

It’s not wrong to miss someone like this, but to keep their hopes and fake dreams alive is wrong. Some people like to keep missing their ex, they will be like, “Poor me, I’m helpless without you” and thus, they feel it is all right to disrupt your life.

If someone is missing you but not adopting a solid and consistent action plan that takes them from missing you stage to being with you stage then it’s time to make them realize that you no longer care. They can keep missing as much as they want from a distance while you comfortably move on with your life. Trust me no life is worth wasting on someone who doesn’t have the guts to be with you against all odds and keeps saying worthless words which they don’t even mean.